This is an example offering which would allow your customers to schedule a time to meet with you. Offerings automate customer interactions online by allowing them to schedule a service/appointment, pay for a lesson, purchase tickets/vouchers, request a quote, all with online payments. You can create as many as you like with pictures, descriptions, price options, and even questionnaires.

Use your Ocoos editor to create your own offering, or edit this one.

Ten years after
their marriage Rhonda and Jay discovered their family was adding one more to
the list, and about 6 more horses in the trailer. Morgan was born in Arcadia,
Florida in 1985 and from then on has been on the back of a horse. Horses have
never been a phase or a hobby, as Morgan has worked extremely hard to earn
success in and out of the arena. She has been blessed enough to win some of the
most prestigious shows, and titles in the industry. Even more so being blessed
with some horses a girl could only dream of. Some of her favorite horses
include, Dun It Big, Smart Shooter, Scamps Peppy, Photons Hole In One, Photons
Carrie, Lil Peppy Jean the list goes on and on… Morgan says of Dun Bud “he was
simply the most amazing horse I have ever ridden, he loved this family. I
honestly believe that he knew we loved him and believed in him.”

Smart Shooter came
into Morgan’s life when she needed a step up horse for the Youth Boxing,
Charlene Morgan (Morgan’s grandmother gave her this horse) and he went on to
changing Morgan’s life. “I got Shooter when I was 9 or 10 and I showed him my entire
youth career. He helped me become who I am today, and is now enjoying
retirement in Colorado with my Aunt Christy Brasier.” Scamps peppy was Morgan’s
first rope horse, given to her by a family friend Bobby Lines, the little black
horse taught Morgan all there is to know about roping, and winning. “I miss
pepper so very much, he had so much try for a little horse, and he taught me to
be a hand.”  Photons Hole in One,. “Chandler” is easily one of my
favorites; he helped me step up my game roping once I got into high school, and
has taught me a lot about winning.” Photons Carrie took Morgan to her first of
many AQHA World Championships in the Performance Halter. Thanks to these great
horses, and so many more Morgan has finished her freshman year of college in
Vernon, Texas and is now at Texas Tech University where she competes on the
Ranch Horse Team and ropes. Loving life and living the dream…..

Some
accomplishments for Morgan: 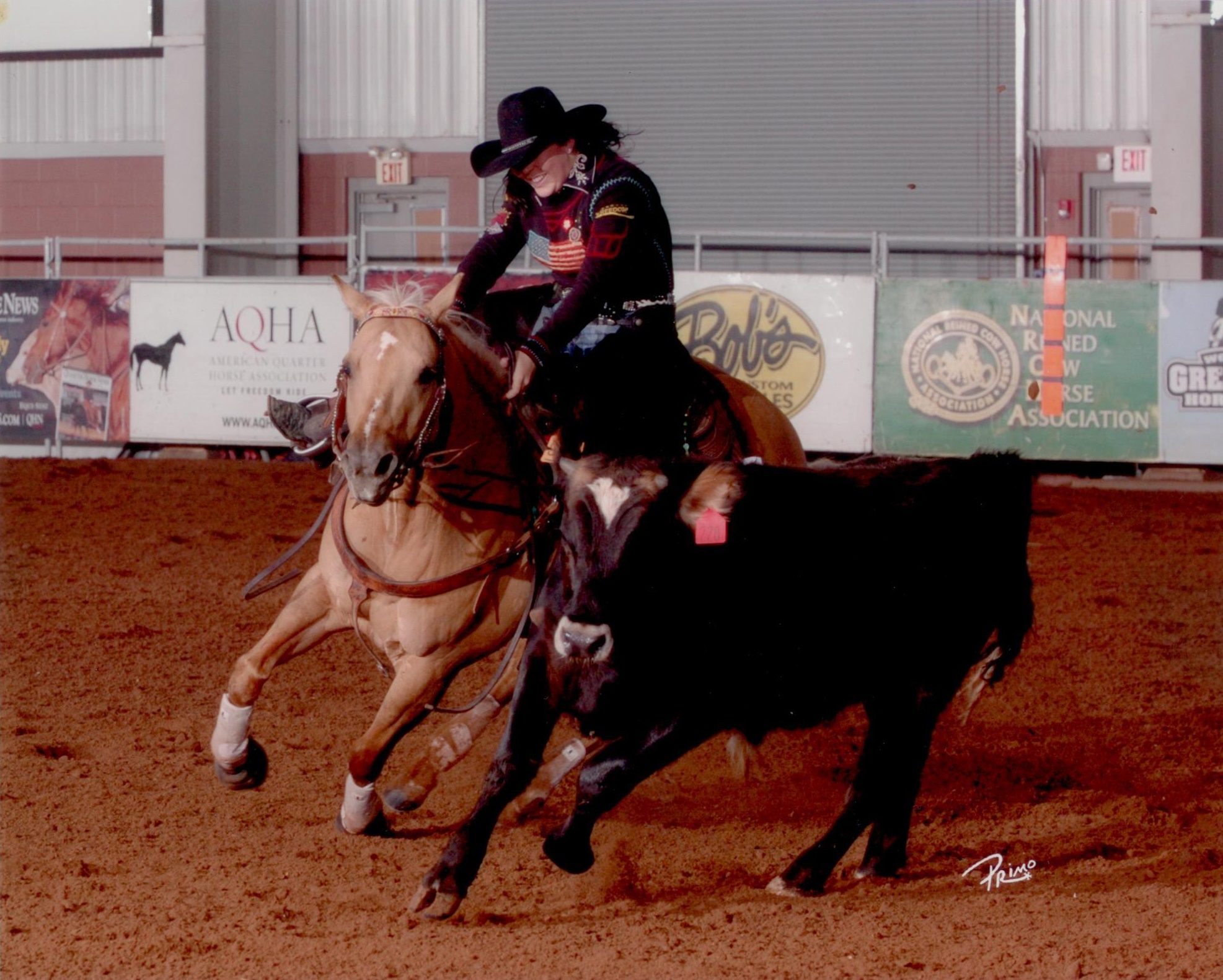 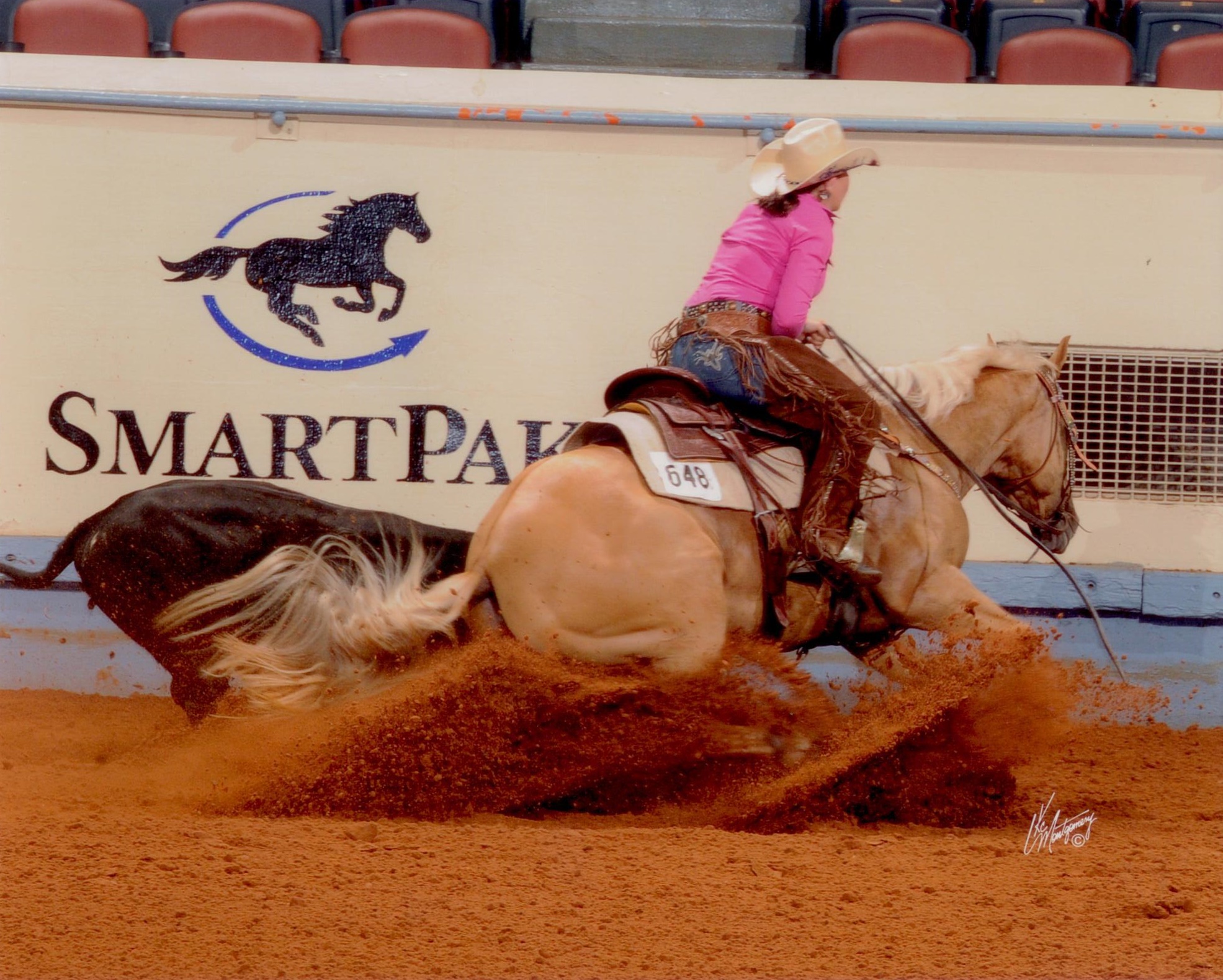 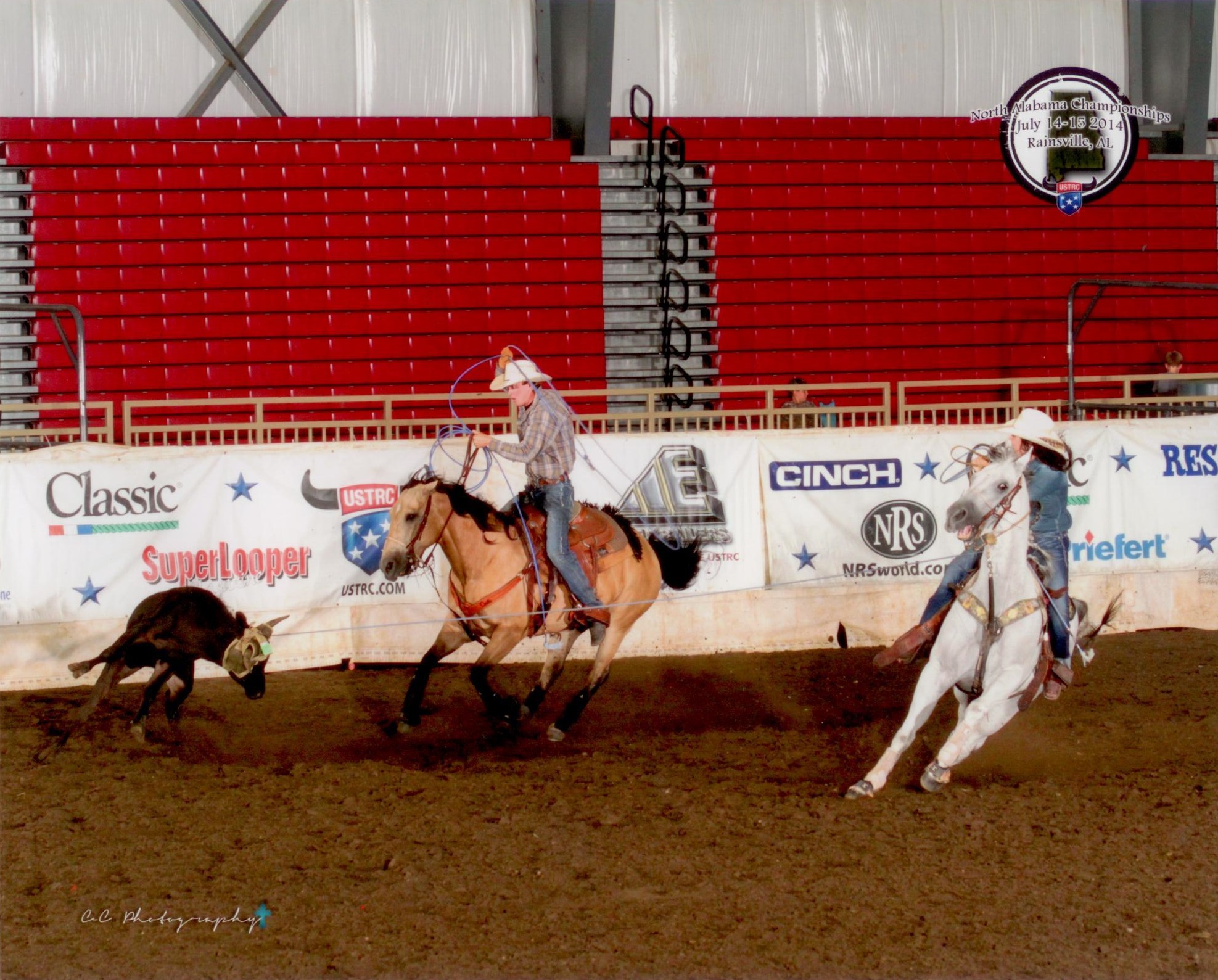 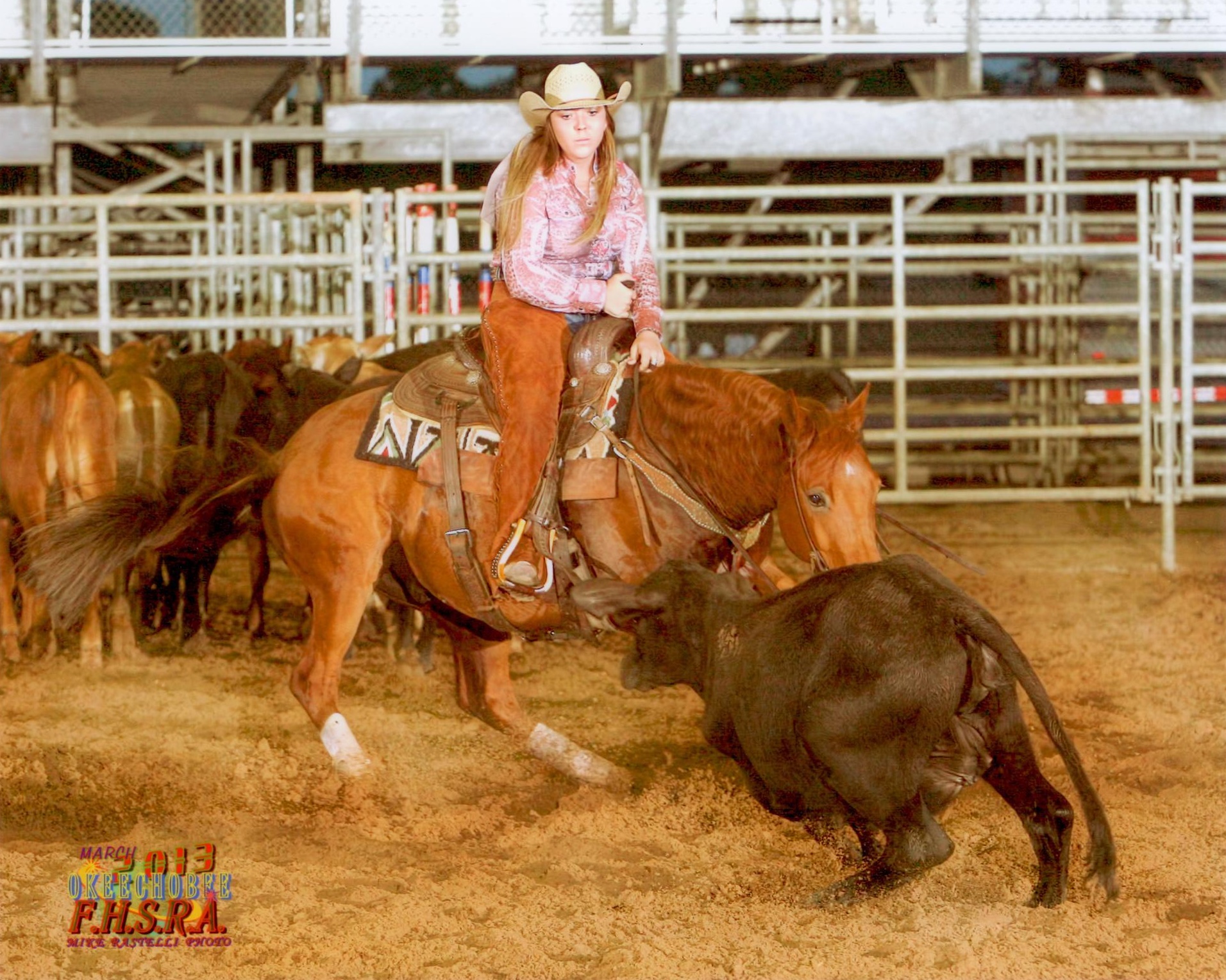 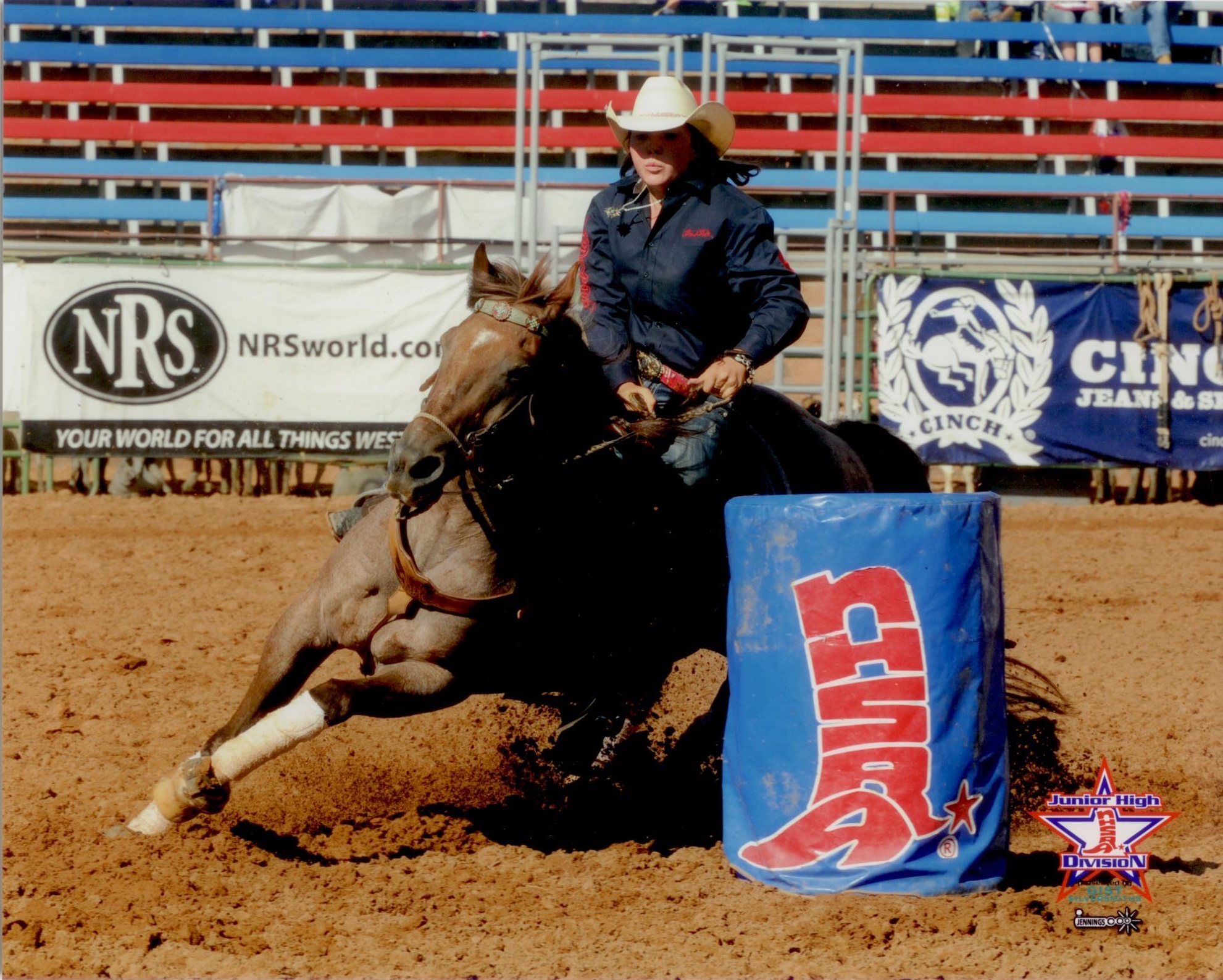 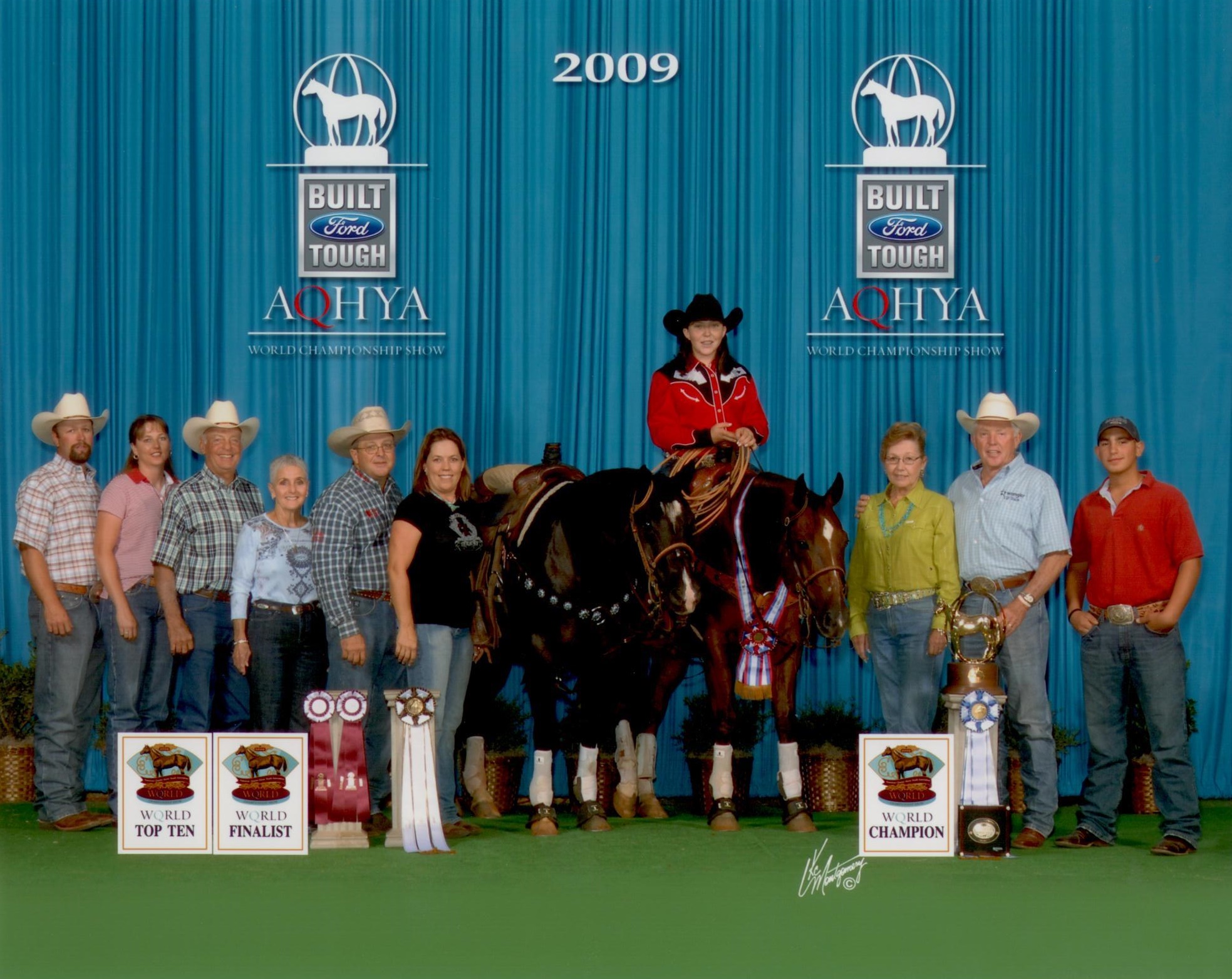 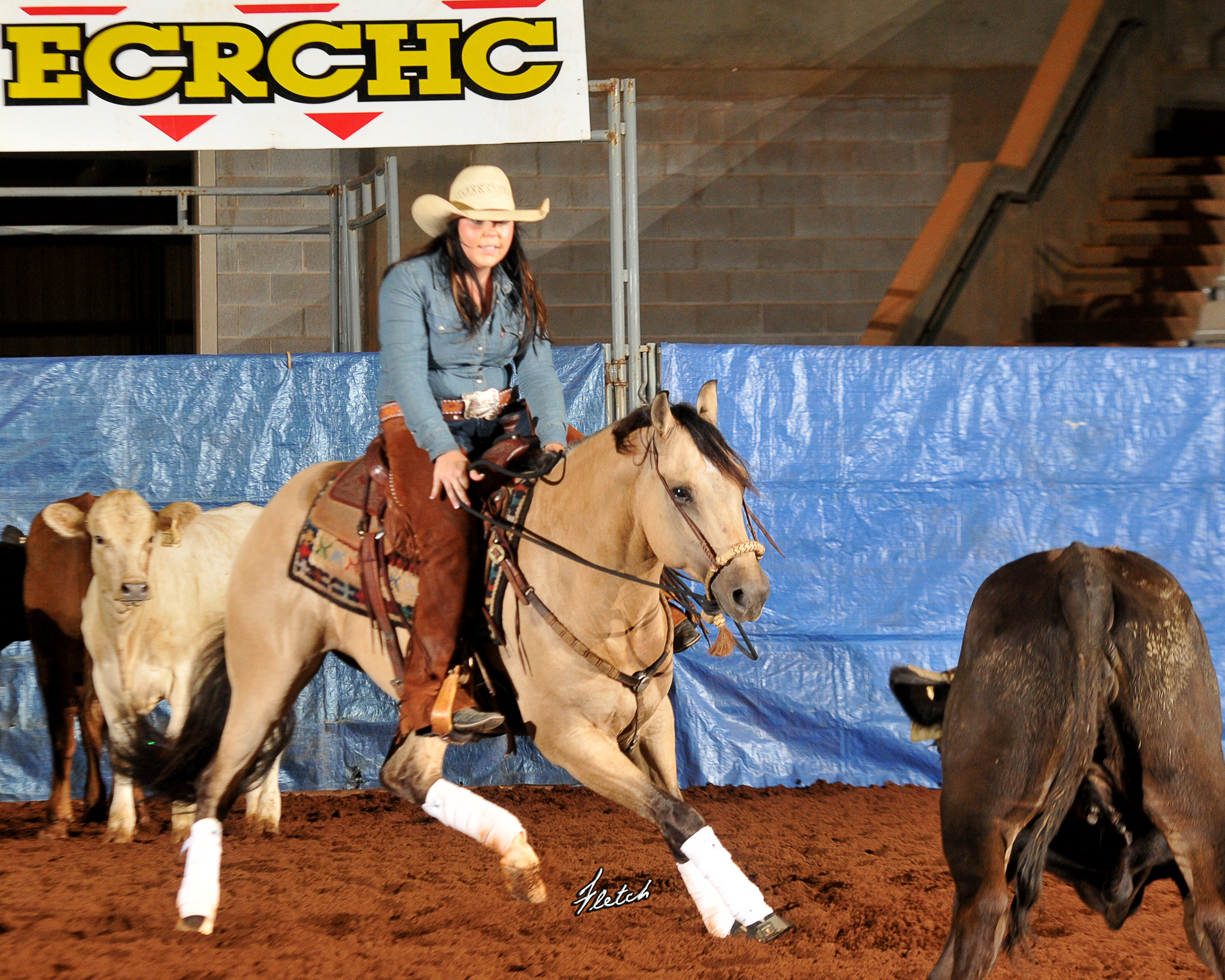 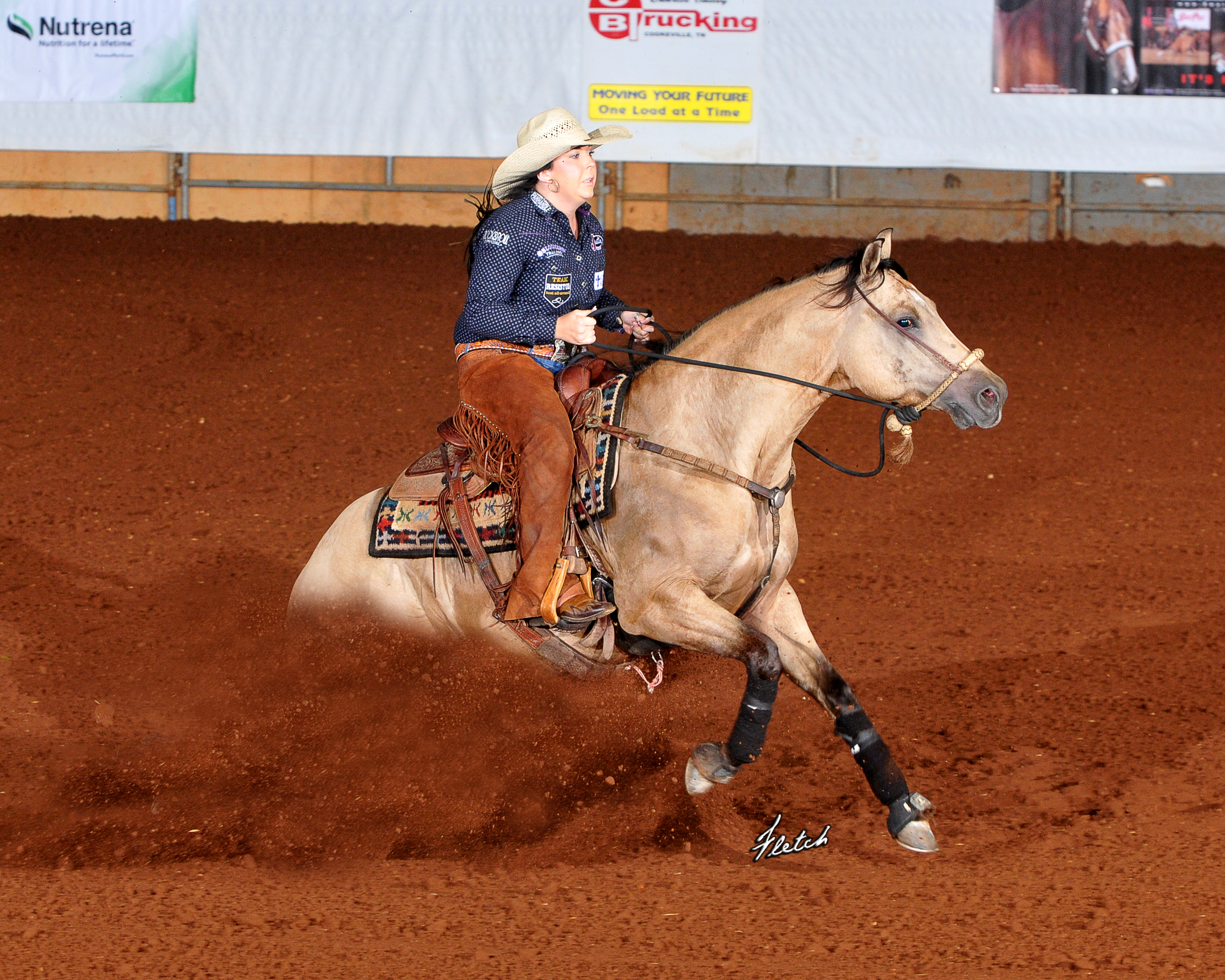 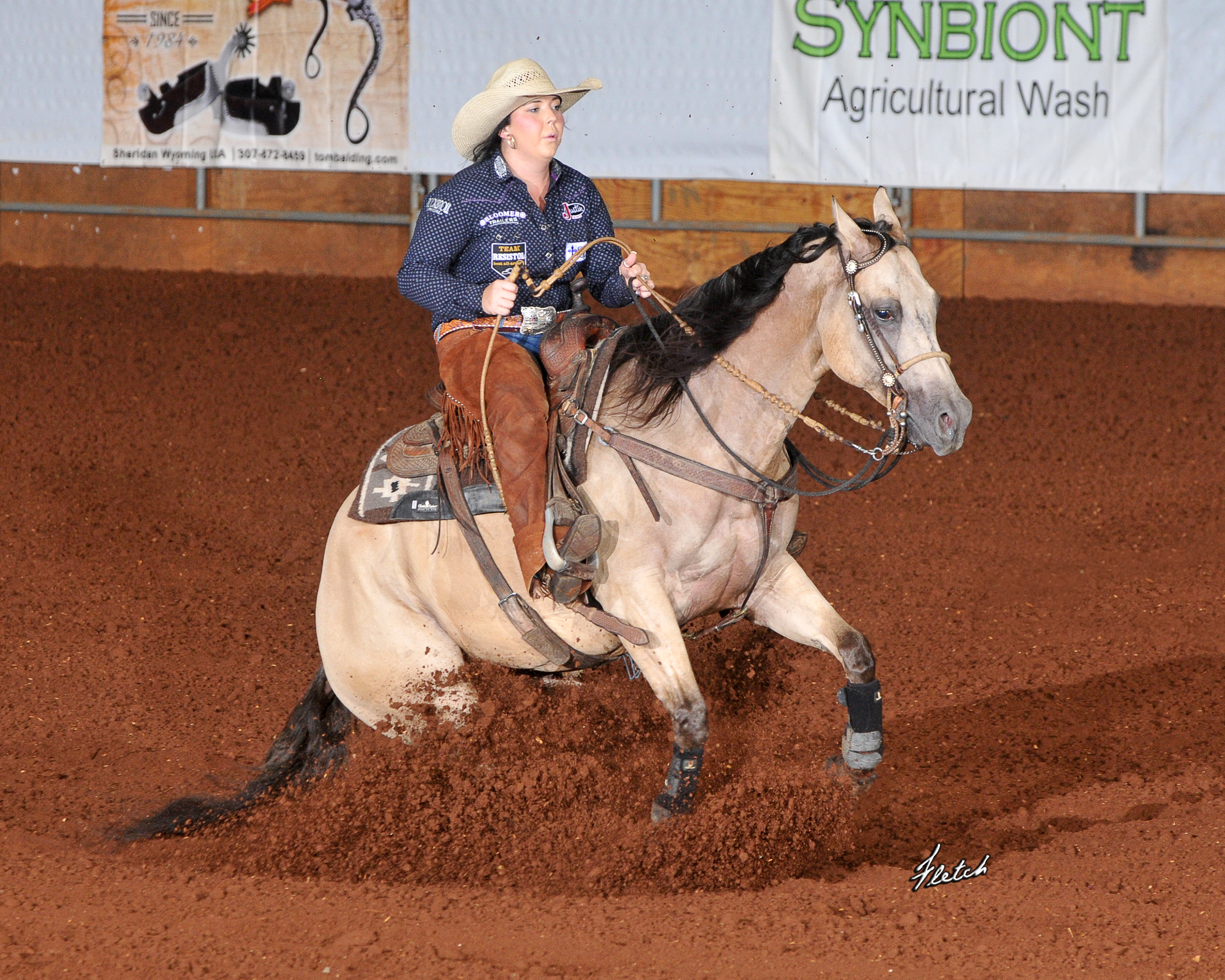 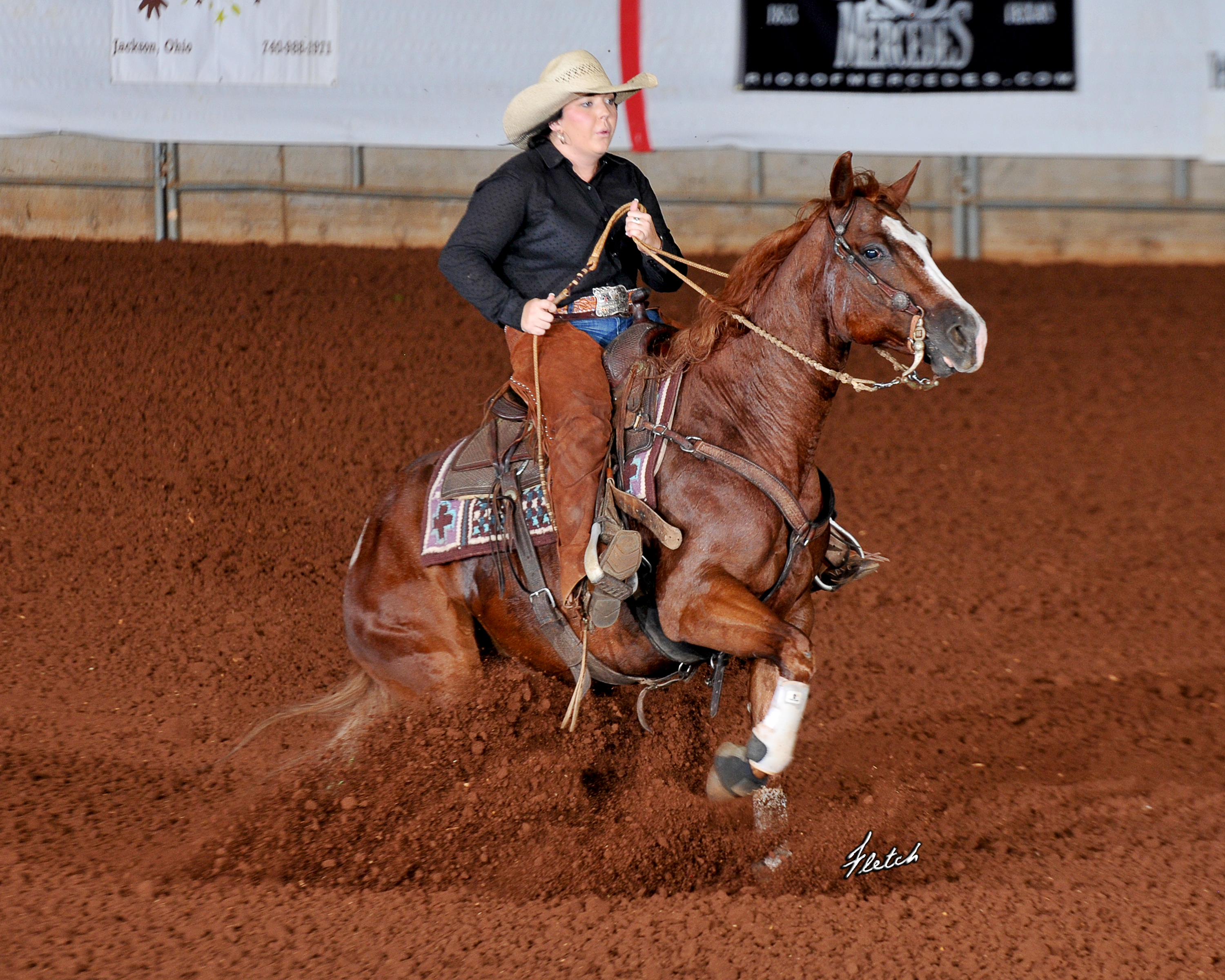 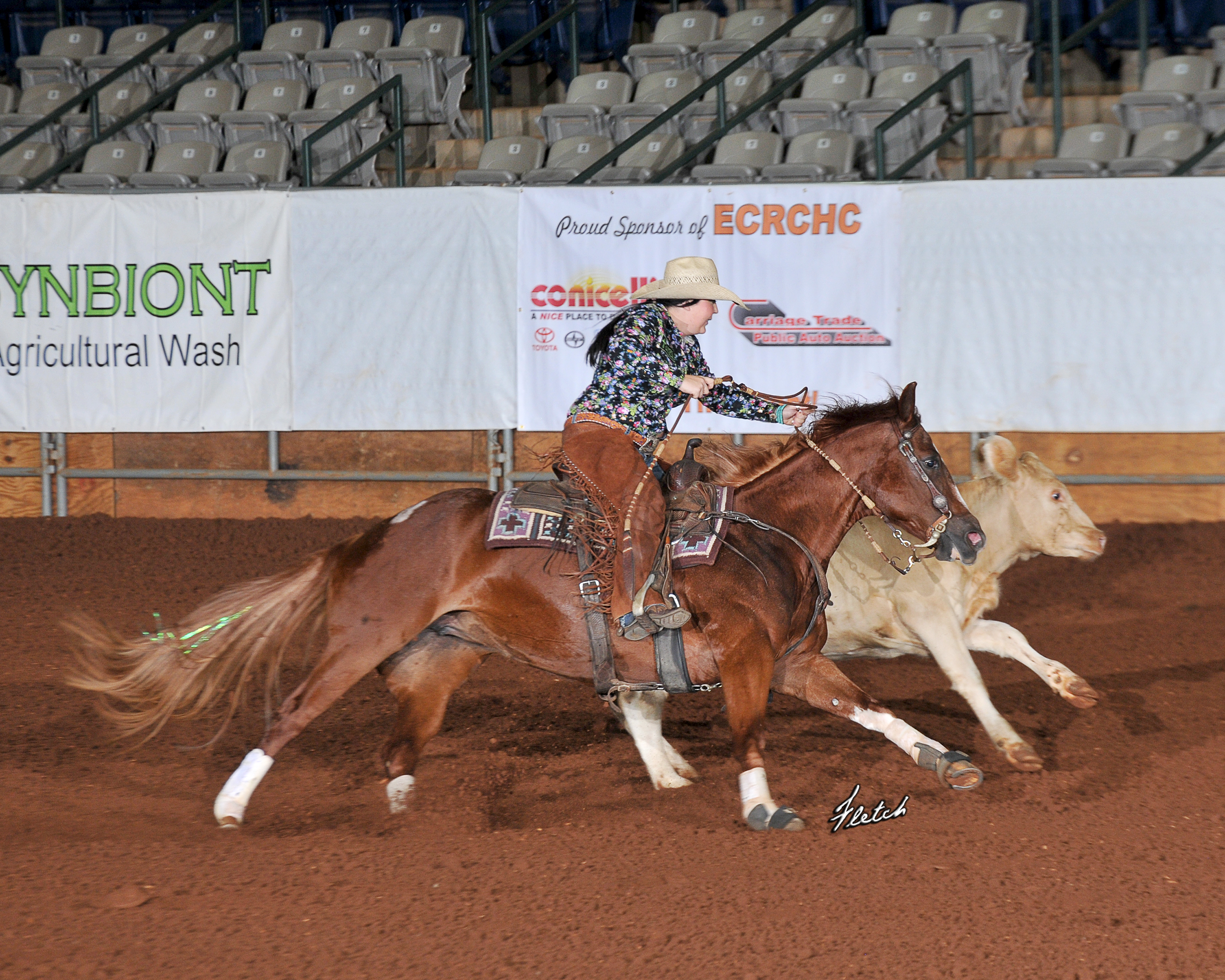